I finally went to Australia!

In July, 2017, I FINALLY visited Australia. My dad is actually Australian, and not fake a little bit Australian, he is full on 100% Australian blood. Which makes me half Australian. But, I had never ever been to Australia until last year, and it was a long time over due. It did absolutely not disappoint, although it was winter when we were over there, and we we're rushing around different places in order to visit enough family members as possible, it was an amazing trip.

First of all, Australia is MASSIVE, you definitely cannot visit everywhere in just two short weeks, though we did try hard by going to about 8/9 places, by doing lots of day trips around the main places we stayed. Which were - Geelong, Melbourne, Noosa, Mount Coolum and the Gold Coast.

As I mentioned, the trip was a big whirlwind, we didn't have too much time to breath as we tried to go somewhere new each day when we were there. So I'm just going to mention my highlights if you are planning on going to Australia.

Let's just get this out of the way. It is expensive. I think it was about £3000pp overall, and we stayed with family for most of the trip, so weren't paying for hotels. gulp. (Hence why it took 19 years for us to all go over). This is your big 'bucket list' save for 3 years type holiday. Not only are the flights expensive, Australia itself is way more expensive then you would expect, the food, clothes, drinks etc are extortionate.

Disclamer; I'm sure you can definitely go for cheaper, and maybe stay in hostels or go backpacking, and just eat bananas.

But if you do want to empty your savings account, then here are some places I loved.

This was my absolute favourite place EVER! It has the nicest beaches, the cutest restaurants, the best ice cream at Massimo's, amazing walks, and wildlife. It is really small and intimate, and there's loads to do. One day we rented a boat and drove down the river, which was a really nice day out (see pictures). Even in winter it was about 27 degrees, and it was kind of busy. But if you go in Summer then it is so so so busy, and over 40 degrees. So it is probably best to visit in the colder months, and when the Australian schools (click for term dates) aren't on a break.

My favourite thing to do was to the costal walk at the Noosa national park. It's about a 40 min ish trail, right along the coast, where you're just surrounded by trees and wildlife. The trail takes you right up to a view point, where the waves are crashing all around, and whilst we were there we spotted some whales and dolphins migrating, which was pretty incredible. There's also some 'fairy pools' off the path, which are the clearest little pools of water, with loads of fish in. It is a scramble over some rocks to get to them though, and the water was pretty cold. If you are ever in Noosa (which you defiantly should be), then go explore the national park one day! There's also really great coffee and fresh banana bread at the beginning of the trail, if that's enough to encourage you to go. 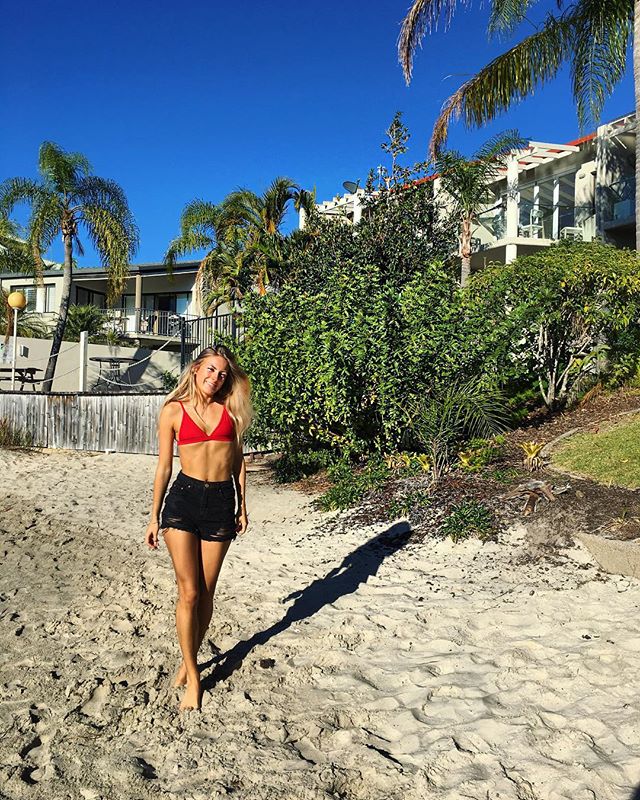 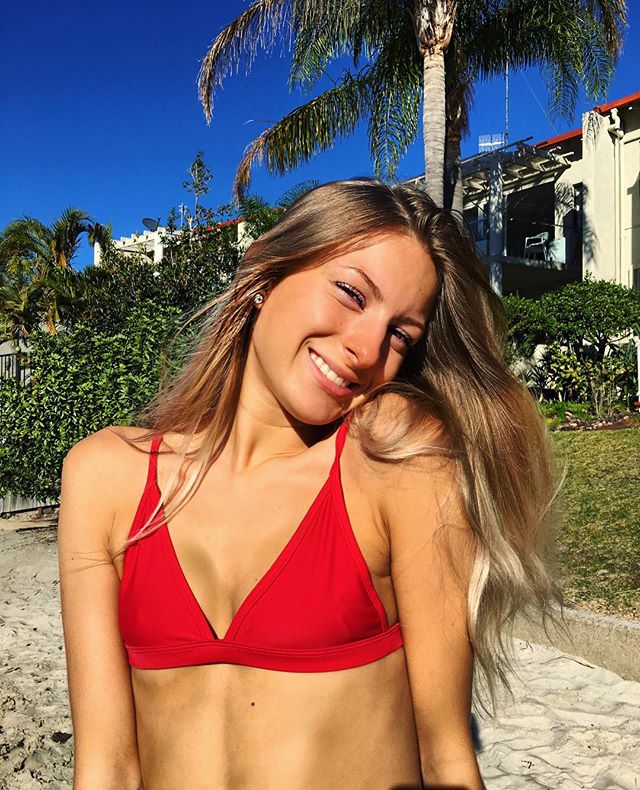 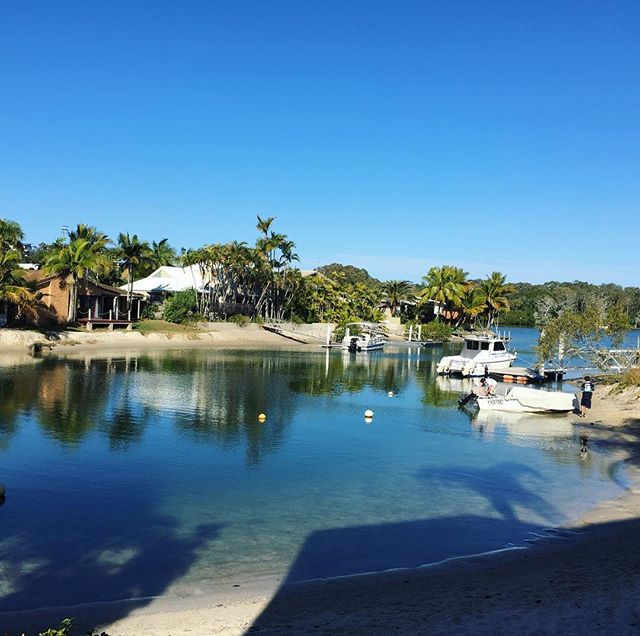 Melbourne is definitely the best city I have ever been to. If I wasn't at uni (snooze of my life) then I would 100% move to Melbourne. Firstly this is where my dad is form (yey for dad), so maybe I do have a little bias. But, honestly, I kind of hate cities, a lot of the ones I've been to are the same, and once you've gone shopping you're done. Melbourne is so cool though, the 'lanes' have the best restaurants and cafes, and there is street art everywhere. Then you have the parks and botanics for nice walks. Although it is a big city, it doesn't seem commercialised to me, I noticed so many independent restaurants and coffee shops which I loved. I WISH I got to spend more time here. Also, I hate being cold, and Melbourne was freezing in Winter when we went, but I still loved it so much, which just shows how amazing it is as a city, if its even cool in horrid weather.

We stayed in South Yarra, which was really convenient , there's trams that take you into the centre of Melbourne. Or, there's loads of shops and resturants in South Yarra itself if you want to explore. There is also a street called 'Chapel Street', which is a place I recommend you go for food, clothes, clubs, bars etc.

If you are visiting Queensland, I recommend that you go and spend the day at Australia Zoo. This is the zoo set up by the late Steve Irwin and his family, and it is the best day out. I know that some people don't like zoos because they feel that animals should roam free and not be on display, and I agree with that. But, this zoo is not like that at all. Most of the animals are native to Australia, so they're not out of their natural habitat. This zoo felt more like a nature reserve to me, it is so open, and you can walk among the animals, except the dangerous ones. There's just a field of kangaroos that you can go up to and stroke etc. And with the koalas you just look up and they're in the trees, they're not in a little cage. Then the birds they just fly all around you, once again its not like you're an observer and they're an attraction. It is really such an amazing place to visit, and you can tell the animals are looked after.

It does cost £34 per person, so it is pricey, but if you can afford it then it's great. Just bring your own food because the food there is not good and expensive, and bring a water bottle; there's water fountains all around that you can fill your bottle up with. 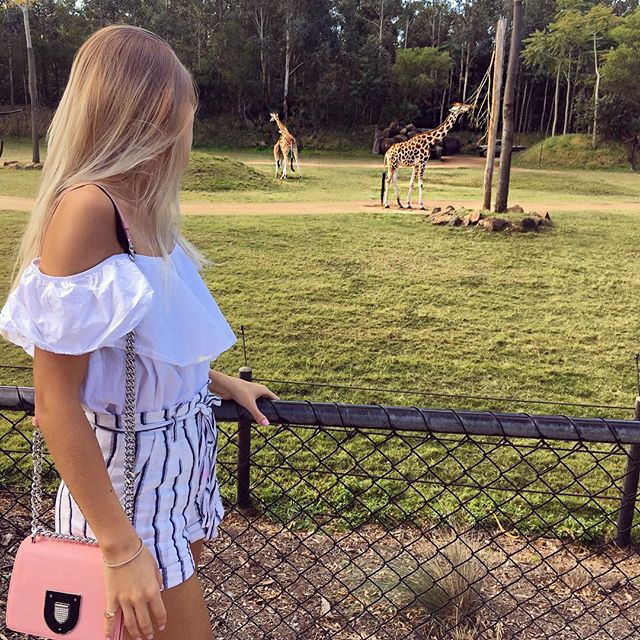 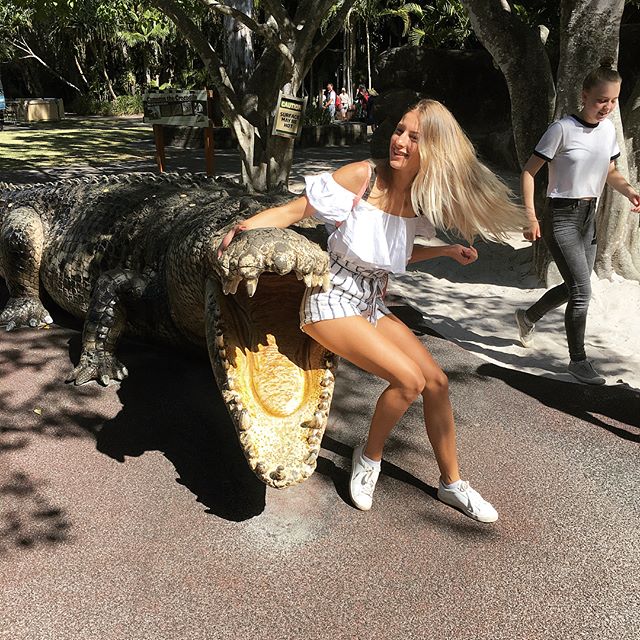 Those are the 3 highlights of my trip to Australia, as I said we went to about 9 places, so I couldn't mention all of them. But I will say, we didn't like the Gold Coast and left early. And, going along the 'Great Ocean Road' , which is a road that goes around the coastline in the south of the country is also something my family and I really enjoyed, and you can stop off in different towns and have some lunch, so it is a really nice idea if you are in that area.